Leicester City FC defied the odds to avoid relegation from the English Premier League in May. Rock bottom at Christmas and seven points adrift by late March, a resurgence in form saw the foxes to safety with a game to spare. In the following interactive visualisations I look at the club’s results, league position and points over the season, along with player performance data: 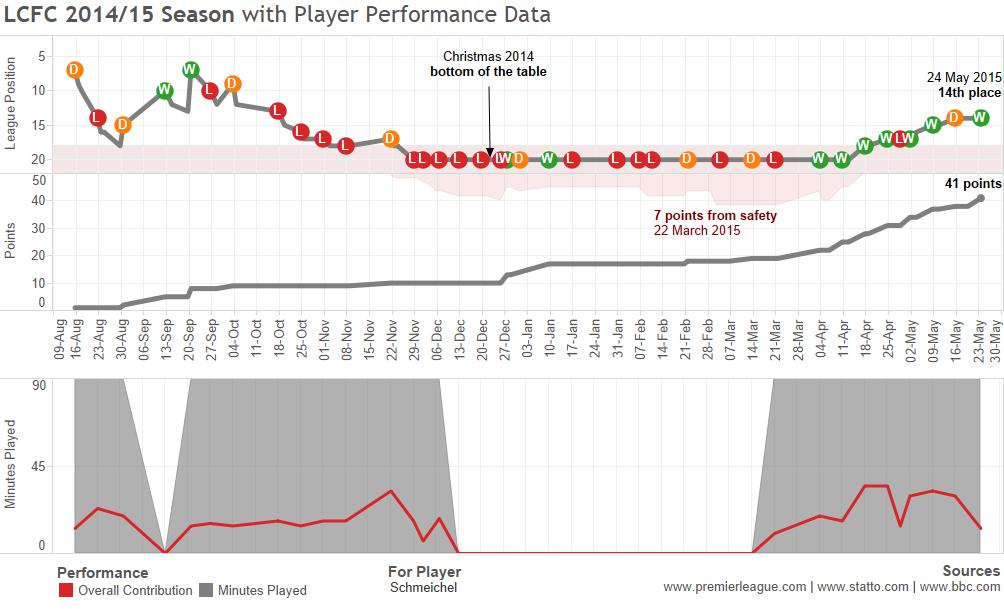