Makeover Monday week 8 and Andy Kriebel challenged the Tableau community to improve on two graphs of his American Express card expenditure. The graphs are very clean and appear to offer some drill down functionality to view transactions. There doesn’t seem to be an intermediary level of detail, e.g. sub-categories (although that may exist and we’re just not seeing it here). Also the use of a 2016 average may not be as useful as a median given that there were a couple of one off large expenses.

For my makeover I’ve added bars to the existing line chart, showing the number of transactions per month. This gives a little extra context (the large amount in December isn’t due to an increase in transactions for example). I’ve then tried a calendar style heat map showing when each transaction occurred. 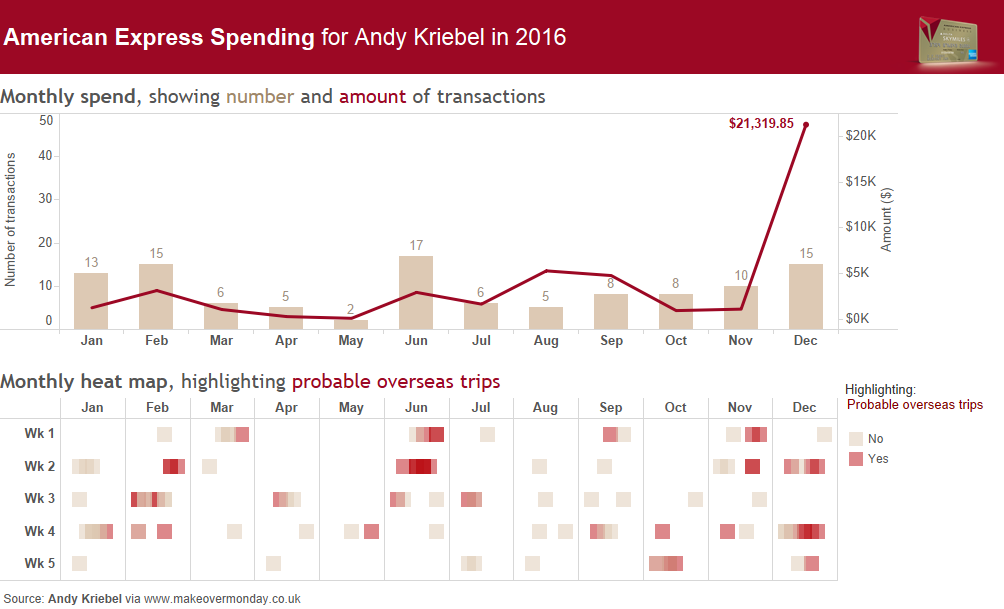 The user can chose an aspect of the heat map to highlight. In the example above the logic is picking certain categories of non-UK expenditure as most likely to be overseas travel (e.g. a Hilton in the US as opposed to Amazon in the US. Caveat: this is obviously based on some assumptions and may be inaccurate). The user can also focus on certain categories including highlighting large / largest transactions within each category. I’m not convinced this is a good way to explore the data as the labelling is quite hard to accommodate: 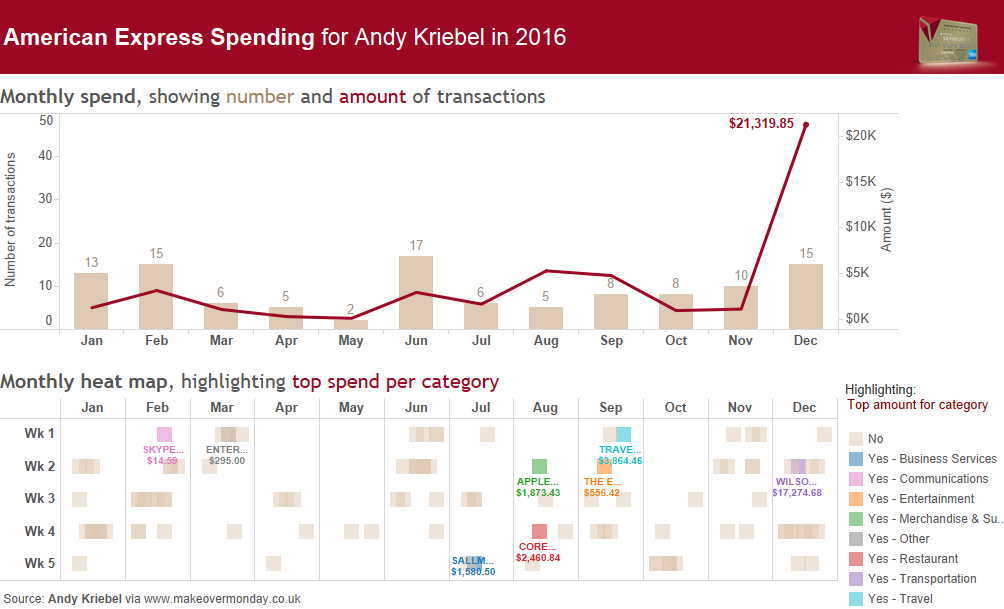 You can try the interactive version here on Tableau Public.

Or check out some of the other community contributions - there’s some really cool visualisations as usual.