This weeks #MakeoverMonday was a look at US presidential election forecasting data by Drew Linzer on Daily Kos Elections.

The original charts plot the average percentage being polled by Clinton and Trump over time, along with percentage undecided and other (independents). Personally I wasn’t sure I could improve on the existing charts or some of the community versions (loving the tile maps!) so instead I’ve focussed on a different angle - it wasn’t always easy to see at a glance who was predicted to win the election and why. Particularly with the complexity of the electoral college voting system.

Showing the states each candidate was predicted to win, ordered by the scale of the candidate’s lead with a running sum of electoral votes seems to work well: 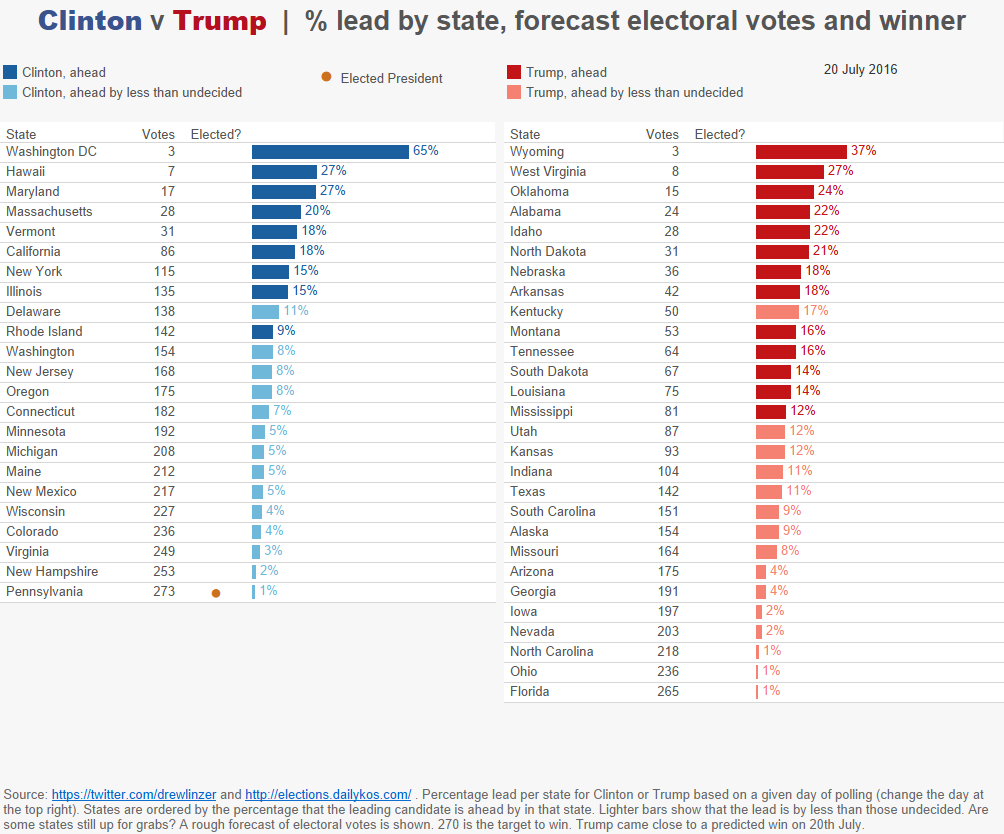 Colour coding those states where the lead is smaller than the percentage undecided adds another potential indicator of confidence allowing us to make our own judgements of the likelihood of a particular result – how many close states would have to swing Trump’s way for him to win at this stage?

I would have liked to have added the overall country wide line chart – like the original – and to have dug deeper into the two states where electoral votes are allocated differently. Animating the chart over time, using the pages shelf, was an interesting exercise that I would have liked to explore further.

The full viz can be found on Tableau Public.

Or check out other community efforts via the #MakeoverMonday webstite.