This week’s Makeover Monday challenge was to redo this graphic of the accounts Donald Trump retweeted during his US Presidential election campaign.

The original bubble chart gives an idea of the top accounts being retweeted, but doesn’t cover the depth that the article goes into or allow for easy comparison.

I’ll acknowledge up front that I haven’t improved on the comparability as I wanted to learn how to produce multiple donut charts in Tableau! Depth was added by showing which platform the retweets were made from (which may indicate how much retweeting Trump did himself?) and column charts showing volume of retweets over time (and onward retweeting by others) to see what happened at the point that Trump’s campaign was launched. 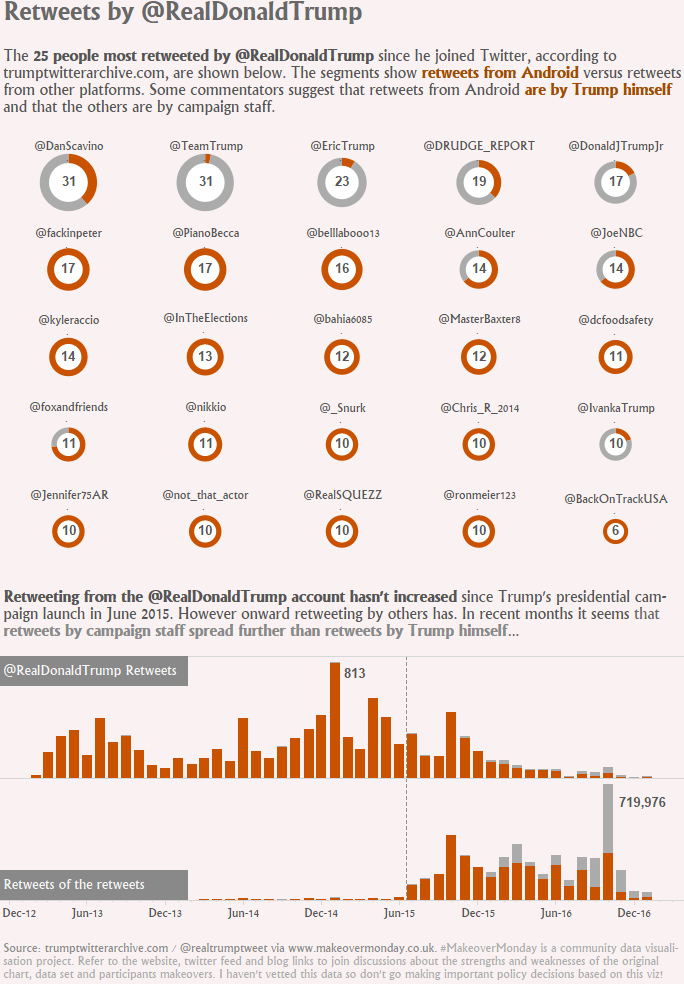 .
Check out the full workbook on Tableau Public or jump onto Twitter to see some of the other great #MakeoverMonday submissions.

Caveats: Data not vetted. Also there is a bug with my ranking and layout calculations for the 5×5 grid of donut charts once you get outside of the top 20 or so – still some learning to do for this but a good opportunity to use nested table calculations.

Thanks to Trump Twitter Archive – @realtrumptweet for the source data.